Studio Line-Up In May

Things are hotting up outside. They are getting pretty warm here in our Studio this month too.

Our Studio is as busy as ever. Find out what’s on below:

A Night at the Iron Door Club
23 May

The first club in Liverpool to lay down the beat that shook the world.

When the Iron Door club first opened in 1960 acts like Rory Storm and King Size Taylor where still being fined for even attempting to play the beat music or rock and roll in other clubs. Instead of the usual Jazz or a singalong with The Spinners, Geoff Hogarth, original owner of the Iron Door, decided to give young beat groups like the Silver Beetles a chance. First with a regular Monday Night Session, later moving on to the famous All-Nighters, rock and roll music found a home in Liverpool city centre. By 1961 every club was now booking bands playing the new beat.

Tickets are SOLD OUT but if you ring up on the night we may have some cancellations.  Click here for more information.

Pete goes back to his roots as compere extraordinaire of a classic variety night!

Join us in the swish Studio space for an evening of songs and laughter as Pete welcomes some of the Royal Court regular cast as well as well-known faces from the cabaret circuit. Enjoy talented singers and comedians while Pete works the room and chats to every table.

It’s closest thing to a Friday night at the Shakespeare.

Misunderstood?
31 May to 8 June

Leila and Nathan are living by their principles and on the breadline. Ritchie’s the big man with the money but Patsy wants more.  Kelly’s after the high life and Peter’s left counting the cost.

Set in Liverpool amid business, debts and designer dresses. The story of three sisters and their partners who can’t communicate and risk losing it all.  Women talk to women and men talk to men. Maybe if they talked to each other they wouldn’t be so misunderstood?

Following the success of Bouncers, Boisterous have combined with Positive Impact for their first show of 2019. Barbara Phillips’ play is full of original music, comedy, intrigue and deception… 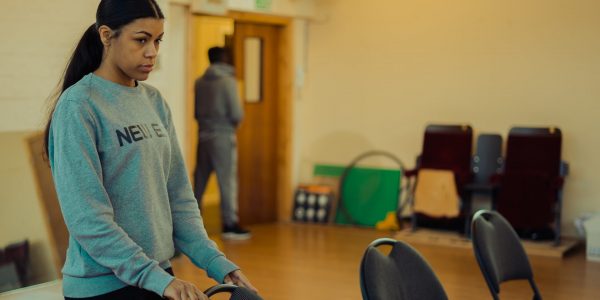 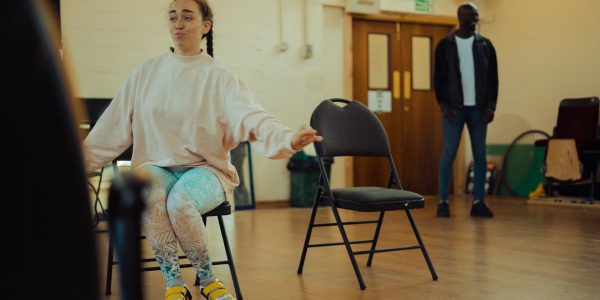 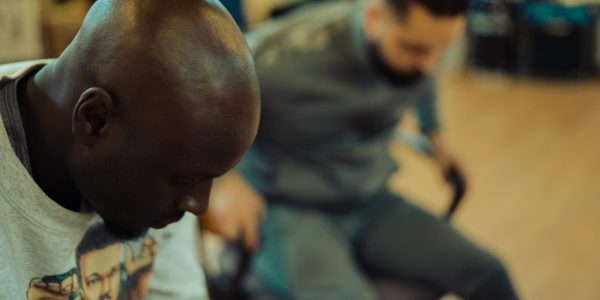 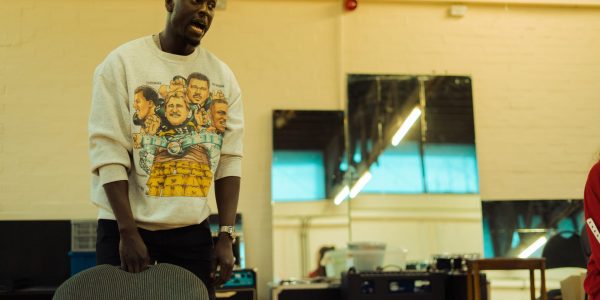 In a world where everything is present to the public eye, how can anyone keep a secret?

Helen O’Grady Drama Academy’s senior youth present a unique look at the world we live in today in relation to the control of social media. Book tickets here.

The Comeback Special
13 to 15 June

Robbie has a power. It’s not a unique power, his nan had it too; in a lot of ways all this is his nan’s fault. If she’d listened to the ghost in the white jumpsuit maybe Robbie wouldn’t have to. But then the fame, the fortune, the girl, and the lad who wants to kill him wouldn’t be there and he’s more than happy with three of those things.

The Comeback Special is the Liverpool Hope Playwriting Prize 2015 Highly Commended Award winning play from Ian Salmon, writer of the multiple ﬁve star reviewed Those Two Weeks and Venus Rising and author of They Say Our Days Are Numbered and The Legacy.  Book tickets here.

The Martini Lounge has gone back to its roots! Revisiting those heady days in the beautiful basement bar of The Royal Court Theatre and once again filling the stage with the best burlesque and variety entertainment the world has to offer.

SUNGOD is a call to all women and cultures to shed internalised shame and to remember, reawaken and reclaim our inherent and divine beauty, both as women and as autonomous peoples.

With punters in the once packed Northern boozer now few and far between, can the Landlord and Landlady overcome their trials and tribulations? Or will a one way ticket to the sea, Sangria and sun-drenched men in thongs bring last orders to both the pub and their marriage?

Will the team ever get fitter? Will they ever win a game? Will the coach ever find true love? And why do they all worship someone called Tracey?

Gail Young Productions proudly presents “Bouncing Back” – a play about women returners to the game of Netball. Book your tickets here.

A comedy cabaret that follows real-life stories and experiences of coming out and the mental health struggles people have faced alongside their sexual identity.

Artist Ashleigh Owen has created this piece as a letter to society that we may have come a long way legally but there is still a lot of work to do in regard to LGBTQ+ rights and behaviours towards our community that have had a negative impact on our mental health. Book your tickets here.

Mike loves Tony (but not like that). He’s his best mate. To be confident, outgoing and not afraid of showing people who you really are is a big deal in 1986 in Liverpool.

When they discover The Masquerade, Mike gets a taste of the life he could be living.  He is welcomed in with open arms, soon becoming the resident DJ in a club that is the centre of his universe.

Outside of those walls he needs to find the courage to tell his parents that he is not the son that they want him to be. Will he find the strength to stand up for himself when tragedy strikes?

Liverpool’s Royal Court presents Laura Lees’ beautiful story about one man’s search for a place to be accepted set in one of the most famous Liverpool gay clubs of the 1980s. Fun, music, love and tragedy sit side by side in this brand new studio play about finding a place where you don’t have to hide away. Book your tickets here. 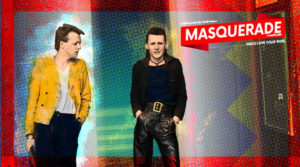 Following on from his sell-out Christmas debut at the Royal Court’s Studio last year Mr Titter has been invited back by popular demand to give you a rosy glow this August with a brand new Summer special smasher!! Book your tickets here.

Come and join us for an evening of script in hand readings from our new writing programme – Stage Write.

There will be a selection of 10 minute excerpts from some of the scripts that have been submitted over the last two months. This is the chance to get an early look at works in progress as a team of actors and creatives get them ready for the next stage.

Comedian Laurence Clark starred in BBC1’s documentary ‘We Won’t Drop the Baby’, following his family’s journey as they welcomed their second child, with the show recently being uploaded to YouTube. The response it received worldwide was at times inspirational and uplifting – at others, derogatory and incredibly personal. Laurence’s show explores these reactions, and questions his role as a father with cerebral palsy – with the help of his two young sons, who undoubtedly steal the limelight with their charming and innocent view of their parents.

Like what you’ve read? You can book tickets to all of our shows online, over the phone on 0151 709 4321 or in person during our Box Office opening hours.