Meet the Cast of Masquerade

Masquerade is a poignant tale of love and loss amongst the LGBT+ community in 1980s Liverpool.

Mike loves Tony (but not like that). He’s his best mate. To be confident, outgoing and not afraid of showing people who you really are is a big deal in 1986 in Liverpool.

When they discover The Masquerade, Mike gets a taste of the life he could be living.  He is welcomed in with open arms, soon becoming the resident DJ in a club that is the centre of his universe.

Outside of those walls he needs to find the courage to tell his parents that he is not the son that they want him to be. Will he find the strength to stand up for himself when tragedy strikes?

Meet the cast who will be performing in the show this summer.

Roy’s a familiar face around the Court.  You’ll quite often find him treading the boards on the main stage but let’s just hope he remembers that he’s performing in the Studio this time.  He’s the one and only Dennis Twacky, husband of Ann Twacky in the infamous Brick Up and its’ sequel.

Outside of the theatre he’s been on TV in shows such as Coronation Street, Brookside, Bread and A&E.

Roy plays the role of Frank, owner of the Masquerade bar and tough love giver.

Ah Eithne Browne.  She’s been in that many shows here recently we’re not sure if she has left the building in a few months.  Her first ever job on stage was in Willy Russell’s Blood Brothers where she went on to play the lead role in the West End for over 50 performances.  Most recently she’s been the ever so delightful Ann Twacky in Brick Up 2: The Wrath of Ann Twacky.  She’s had a few roles on TV too, you may have heard of the show Emmerdale..

Eithne is thrilled to be back on stage here at the Royal Court.  She’ll be playing the loveable Norma.

Julie is a fairly new face to our theatre and most recently been in My Fairfield Lady.  She’s also been performing in our Stage Write nights bringing the selected scripts to life.  Aside from theatre, she has had cameos in Emmerdale (ITV), Waterloo Road (BBC), Coronation Street (ITV) and The Royal (ITV).

After graduating from LIPA in 2015, Adam already has some impressive acting credits under his belt including Her Benny at the Royal Court and Shout! The Mod Musical as an Assistant Director.  He’s been no stranger to the TV either, with stints on Doctor Who (BBC), Casualty (BBC), Holby City (BBC) and Brookside (Mersey TV).

Eagle-eyed Royal Court regulars will have spotted Jamie around the theatre working in Box Office and Front of House.  He’ll still be in a customer-facing role but this time it’s on stage facing all of you! Jamie has had a number of roles in productions at The Black-E Theatre, The Lowry Theatre and Smock Alley Theatre.

Jamie plays one of the main characters in the show, Tony.

Welcome to the Royal Court Daniel! He’s not long graduated but already Daniel has been on a national tour as well as working on numerous theatre productions, some here in Liverpool.

Daniel plays the role of Stuart.

They’re not a bad bunch really. Meet them and enjoy Masquerade, which is on in our Studio from 24 July until 10 August. Tickets are a tenner and can be booked by clicking here, in person at Box office or over the phone on 0151 709 4321. 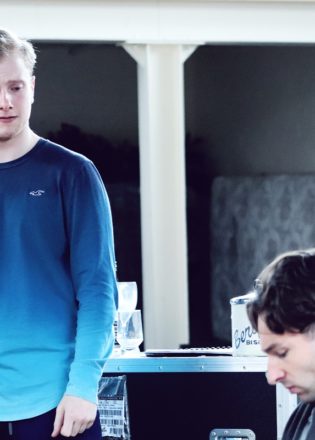 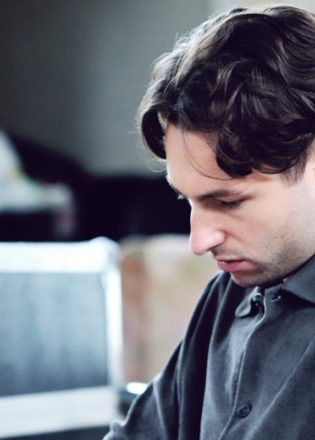 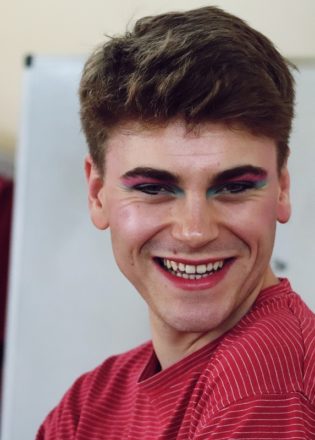 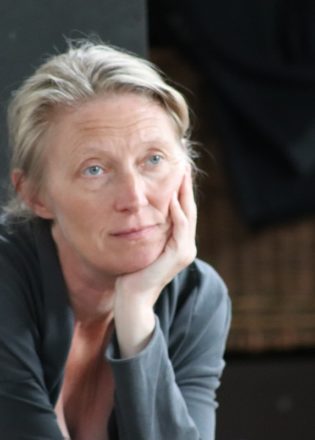