Terriers is a play which deals with these problems. Aldo is bright, witty, and a gifted sportsman. His family has high hopes for him, but he’s having a tough time trying to break away from his mates who want him to be in his local gang, The Terriers.

Not that he’s too scared to join, but they are involved in a tit for tat gang war with a crew just across the avenue called The DH Crew. Terriers explores the immense pressure Aldo, and boys like him, are under from gang mates and his girlfriend.

The play throws up the moral dilemmas and life changing decisions that some young boys and girls have to make. The show was originally commissioned by Merseyside Police in 2008 using partnership funding, and to date over 120,000 young people from secondary and primary schools across Merseyside and the U.K. have seen the play and studied the primary and secondary educational packages.

Written by Maurice Bessman and directed by Miriam Mussa, the show has been used by Merseyside Police as a way of reaching young people.

As well as touring secondary and primary schools across Merseyside we have also had partnerships in Croydon, Hampshire, Telford and Manchester

“I would like to see Terriers rolled out across all schools and communities. If we had more resources we could find ways to deal with these issues and this type of innovative theatre is a key resource.” Jane Kennedy, Merseyside Police and Crime Commisioner.

“Since Terriers was commissioned by Merseyside Police in 2008, it has been seen by huge numbers of people. Highlighting issues such as gun and gang crime that are faced by young people it is a thought-provoking and moving play and I’m delighted that we have funded it through our Strategic Touring programme again so that it can reach an even larger audience in a range of venues across the North West and Midlands.”

Terrier’s 2 – Eve’s Story is the sequel to Terriers.

Eve’s Story was written in 2018, as a direct response to the success of Terriers.

The play is a sequel to Terriers, but can be watched as a standalone piece, it highlights issues surrounding absenteeism, knife crime and child exploitation (CE).

We are currently taking bookings for 2021 Tour.  For more details or if you are interested in booking Terriers for your school, community centre or youth venue, please email [email protected] or phone 0151 702 5892

For more details about the show and the latest tour click here.

We are working in partnership with Crimestoppers to deliver the next tour of Terriers and Eve’s Story. You can view their educational resources by clicking here. 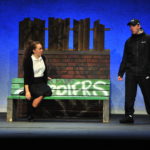 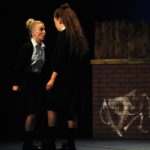 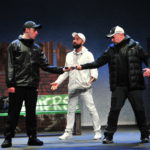 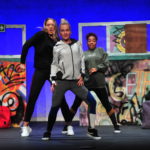 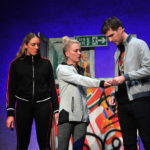 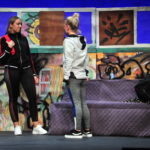