Strategic consultant, Board Trustee, campaigner and a leader of transformational change in multiple organisations, Bushra Ahmed, also known as activist West Croydon Voice, has become an ambassador for Terriers and Terriers 2 – Eve’s Story

Terriers, a play by Maurice Bessman, shows the stark reality of becoming involved with gangs and guns. Commissioned by Merseyside Police as part of Liverpool’s Capital of Culture year in 2008, Terriers has been seen by more than 200,000 young people from primary and secondary schools across Merseyside and the UK and has been studied as part of the national curriculum.

After seeing the impact Terriers had on young people back in 2014, Bushra was instrumental in bringing the play back to Croydon in 2018 and then raising its profile across London including performances at The Old Bailey and City Hall in 2019.

Bushra has over 20 years experience within the civil sector, non-profit organisations and charities. Over many years she has optimised their growth and impact, including developing strategy, proposals and policies.  She has in depth knowledge around serious youth violence, community cohesion and empowering women. Bushra has a passion for bringing forward initiatives and projects by acting as a ‘voice’. Liverpool’s Royal Court welcomes Bushra Ahmed as an ambassador and looks forward  to raise awareness of Terriers and Terriers 2 – Eve’s story.

Bushra Ahmed said: “ Terriers and Terriers 2, Eve’s Story, are a highly effective way to get the message to children and adults alike, to think about what it means to be coerced into a gang and the pressures that places on our young people. The immersive nature of the plays is such a powerful experience, the writing, acting and directing is superb, I would recommend anyone working with young people around violence and gangs in our towns and cities to watch it. I’m delighted to be an ambassador for Terriers and Terriers 2 Eve’s Story and hope to be able to raise funds to increase the reach of these plays.”

Community Participation Director at Liverpool’s Royal Court Miriam Mussa said: “It’s fantastic to have Bushra on board. We have had successes with Terriers and Eve’s Story over the years and Bushra’s involvement will mean that many more young people will see the two plays and gain some insight into the reality of gangs at a time when they could be tempted to join.”

After watching Terriers, young people, in particular young women, continued to ask what happens to the character Eve. In 2018 after consultation with partners, including Liverpool Cultural Education Partnership, Merseyside Police, community workers and young people, writer Maurice Bessman developed Terriers 2 – Eve’s Story which focusses on the impact that gangs can have on girls. While the play is a sequel to Terriers, it can be watched as a standalone piece, it tells us more about Eve and highlights issues surrounding absenteeism, knife crime and child exploitation. 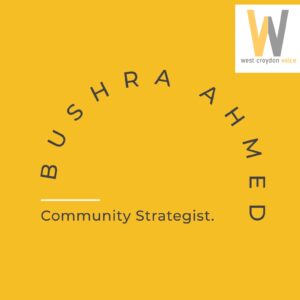 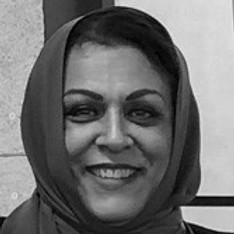 Bookings are currently being taken for the 2021 Tour.  For more details or if you are interested in booking Terriers for your school, community centre or youth venue, please email [email protected] or phone 0151 702 5892